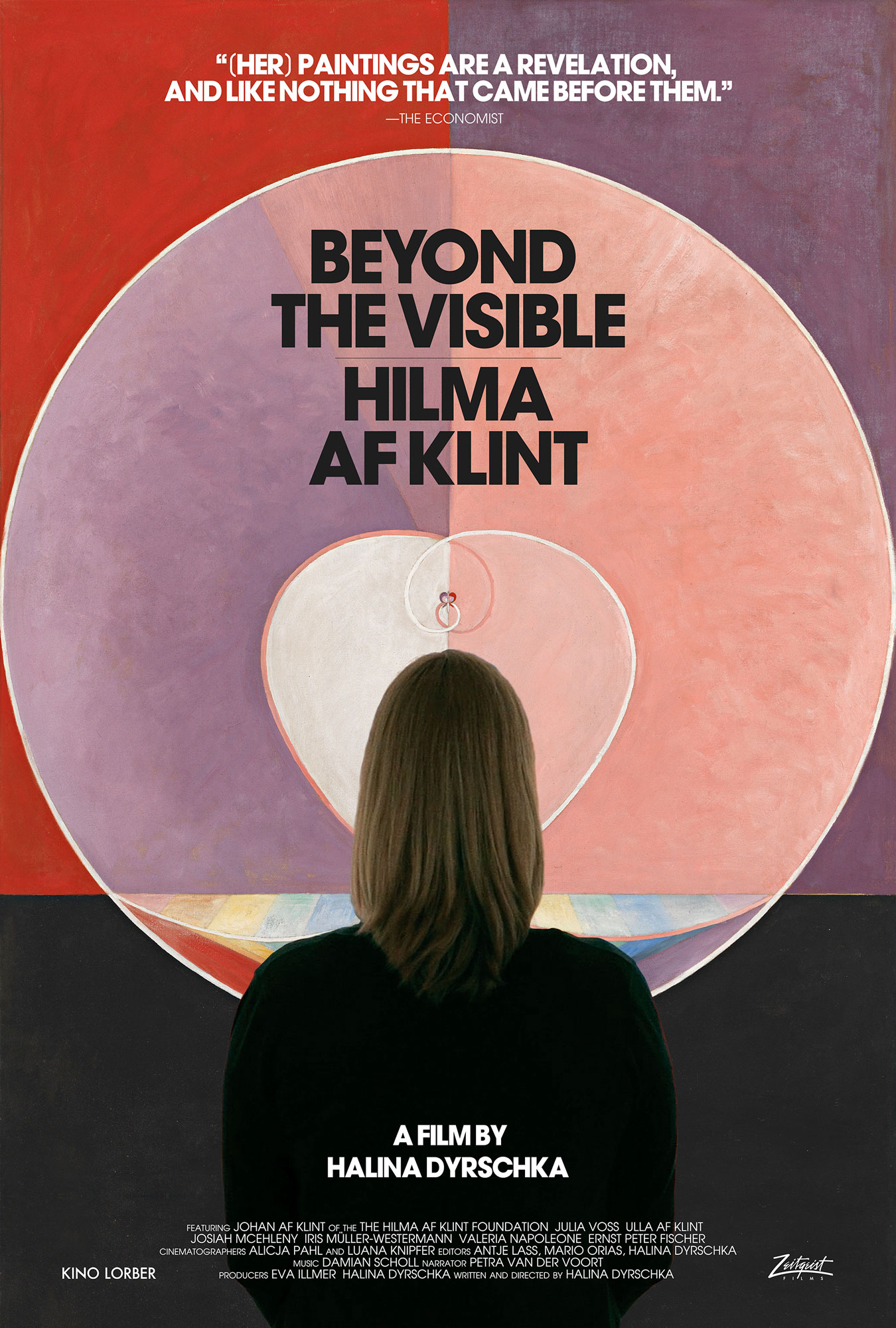 Beyond the Visible - Hilma Af Klint

Hilma af Klint was an abstract artist before the term existed, a visionary, trailblazing figure who, inspired by spiritualism, modern science, and the riches of the natural world around her, began in 1906 to reel out a series of huge, colorful, sensual, strange works without precedent in painting. The subject of a recent smash retrospective at the Guggenheim Museum, af Klint was for years an all-but-forgotten figure in art historical discourse, before her long-delayed rediscovery. Director Halina Dryschka’s dazzling, course correcting documentary describes not only the life and craft of af Klint, but also the process of her mischaracterization and erasure by both a patriarchal narrative of artistic progress and capitalistic determination of artistic value.

“Critic's Pick! Bristles with the excitement of discovery and also with the impatience that recognition has taken so long. It refreshes the eyes and the mind.”
– A.O. Scott, The New York Times
"Gorgeous! Goes far deeper than the surface... making an airtight case for af Klint’s ascension to an elevated place in art history."
– Shana Nys Dambrot, LA Weekly
"One of the best films I’ve seen about fine art. It casts an entrancing spell that allows the staggering depth of its subject’s work to consume us.”
– Matt Fagerholm, RogerEbert.com
"[Her] paintings are a revelation, and like nothing that came before them."
– The Economist
Cast
Johan af Klint (Self)
Petra van der Voort (Narrator)