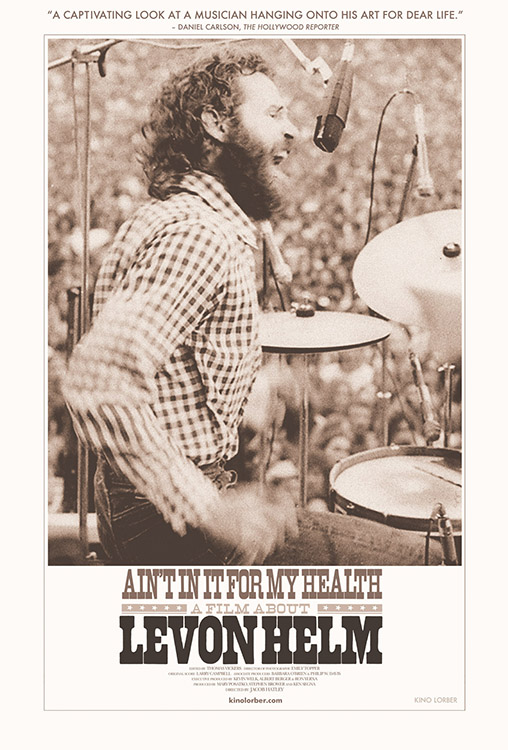 Ain't in It for My Health: A Film About Levon Helm

Director Jacob Hatley's intimate documentary finds Levon Helm at home in Woodstock, NY, in the midst of creating his first studio album in 25 years. Shot during the course of two-plus years, this highly anticipated film focuses in on the four-time Grammy winner and Rock and Roll Hall of Fame member after his 2007 comeback album, Dirt Farmer, brought him back to the spotlight.

" it's impossible to imagine a more exquisite, honest, and beautifully detailed documentary about the life of Levon Helm than Jacob Hatley's Ain't in It for My Health." - Peter Gerstenzang (Village Voice)

"...an unsentimental, salt-of-the-earth tribute that keeps the beat in a way that would make this extraordinary journeyman beam." (four stars) - David Fear (Time Out NY)

"A captivating look at a musician hanging onto his art for dear life." - Daniel Carlson, Hollywood Reporter

"One of the most interesting and compelling portraits of a musician in a long time" - Josh Olson, Ain't it Cool News

There are currently no cinemas playing Ain't in It for My Health: A Film About Levon Helm