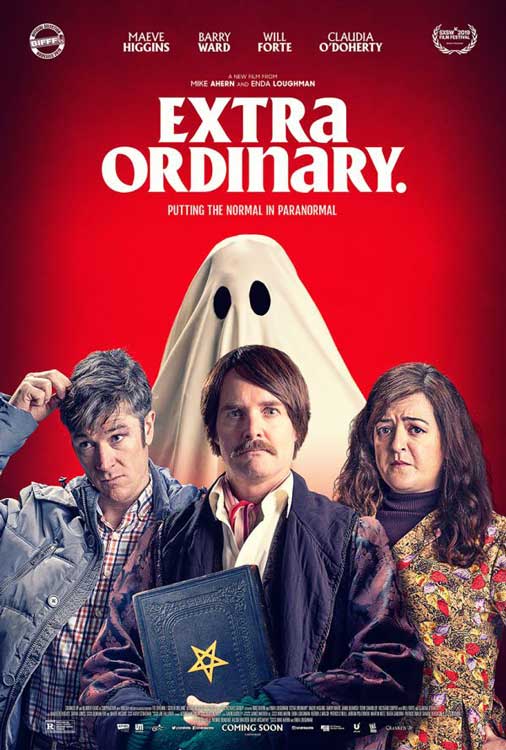 Rose, a sweet, lonely driving instructor in rural Ireland, is gifted with supernatural abilities. Rose has a love/hate relationship with her 'talents' and tries to ignore the constant spirit related requests from locals – to exorcise possessed rubbish bins or haunted gravel. But! Christian Winter, a washed up, one-hit-wonder rock star, has made a pact with the devil for a return to greatness! He puts a spell on a local teenager – making her levitate. Her terrified father, Martin Martin, asks Rose to help save his daughter. Rose has to overcome the fear of her supernatural gift and work with Martin to save the girl, get the guy and be home in time for a light snack... maybe a yogurt or something.

"Like those cheeky genre-splicing comedies that came before it, the Ahern-Loughman collaboration doesn’t merely goose the boundary between charming and outrageous, it gleefully tramples it into oblivion."

"Extra Ordinary, a blend of low-key supernatural chills and offbeat Irish comedy, is one of the sweetest and funniest movies of the year."

“Armed with wit and charm to spare, “Extra Ordinary” is joyful and creative and deserves to find an audience — in this world or the next.”

"Extra Ordinary’s unusual warmth lingers in the air like a friendly ghost."