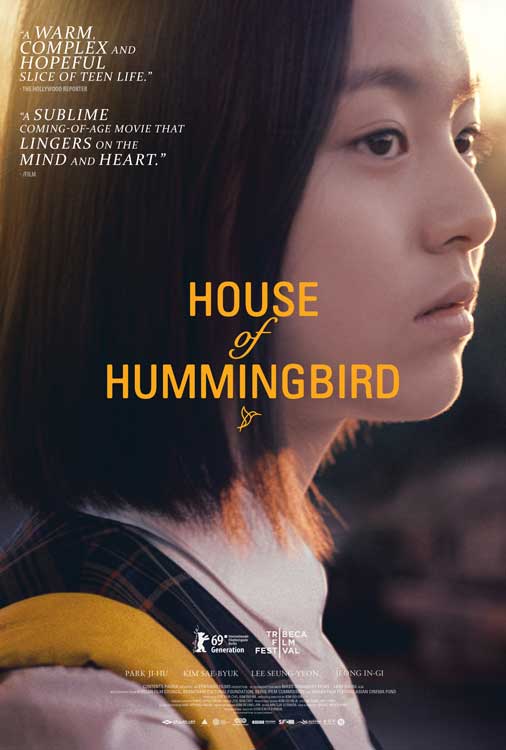 14-year-old Eun-hee moves through life like a hummingbird searching for a taste of sweetness wherever she may find it. Ignored by her parents and abused by her brother, she finds her escape by roaming the neighborhood with her best friend, going on adventures, exploring young love and experiencing everything that comes with growing up in a country on the brink of enormous change. A Well Go USA release.

"This is a beautifully raw, queer, and partially autobiographical coming-of-age story by director Kim Bora."

"A warm, complex and hopeful slice of teen life."

"Kim's film is a compassionate piece on interpersonal connection that'll touch your heart when it's at its most vulnerable."

"A sublime coming-of-age movie that lingers on the mind and heart."

"To see a film of this intimacy and humanism is an absolute revelation."

"The autobiographical script amplifies the travails and hopes of female adolescence through startlingly specific observations without the tinge of false nostalgia."