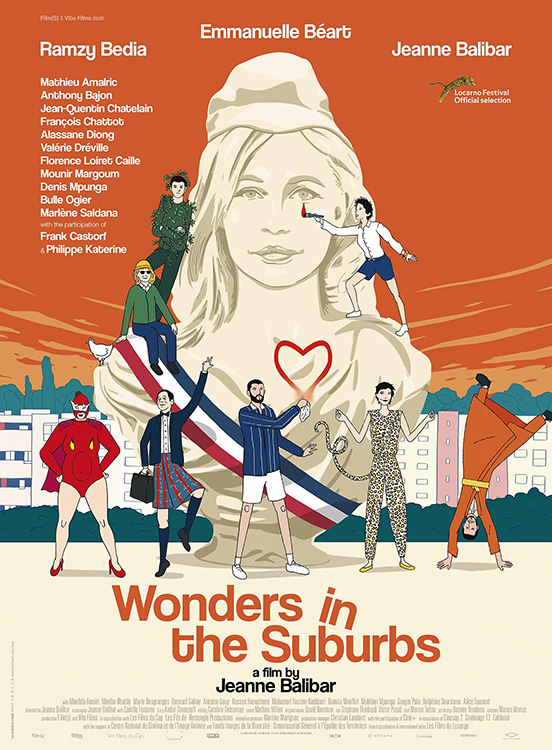 Wonders in the Suburbs

The second feature film directed by acclaimed French actress Jeanne Balibar, Wonders in the Suburbs is a beautifully absurd comedy. As the new mayor of Montfermeil—an underprivileged municipality on the outskirts of Paris—Emmanuelle Joly has great expectations. However, two of her staffers, Joëlle and Kamel have just culminated their long separation with a finalized divorce. As the mayor starts implementing her quirky campaign promises—naps for all, rooftop farms, sexual assistance in the home, harmonization of breathing—political rivals start sabotaging her enthusiastic plans, while Joëlle and Kamel’s bickering further disrupt the administration and threaten this year’s Brioche Day. Presented in partnership with French Institute Alliance Française (FIAF)