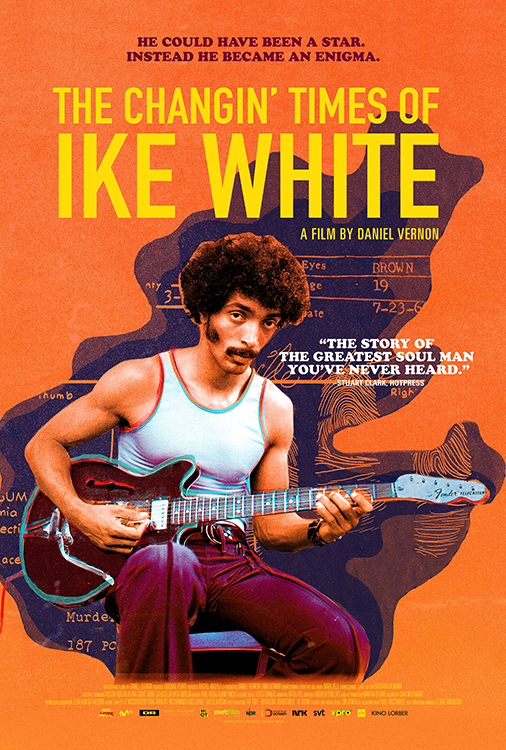 The Changin' Times of Ike White

Serving a life sentence for murder in the early 1970s, music prodigy Ike White had plenty of time to perfect his musical talent, but no hope of putting it to use in the outside world. Ike's skills were exceptional enough, though, that his story captured the media's attention. From this notoriety, he was able to record an album inside the prison with big-time producer Jerry Goldstein (War, Sly and the Family Stone). Superstar Stevie Wonder lobbied successfully for Ike's early release from prison. With an acclaimed album under his belt and the support of Wonder and others in the industry, Ike was poised for stardom. But, instead, he went off the grid for over 40 years. Daniel Vernon's mesmerizing new documentary is unpredictable and moving, echoing the strange journey of Ike White.

Reviews
“Not since Searching for Sugar Man has there been a music documentary as surprising as The Changin’ Times of Ike White.”
- Noel Murray, Los Angeles Times
"Endlessly fascinating. You can't make this stuff up."
- Frank Scheck, The Hollywood Reporter
"His 1976 album Changin' Times sounds terrific. Somewhere between Jimi Hendrix and Gil Scott-Heron."
- David Butcher, RadioTimes

"Somehow distilled into 78 minutes, this documentary tells
the incredible story of Ike White. Here he is, finally tracked down."
- The Guardian
"It's an even more peculiar story than the Oscar- winning music documentary Searching for Sugar Man."
- Victoria Segal, Sunday Times (London)
"It is one of the most remarkable music documentaries you will ever see. And that's a promise! The story of the greatest soulman you've never heard, it starts with Ike serving life for murder and ends with a series of rapid fire twists and turns, which fair knock you off the sofa. The music throughout is great with White, a man who could have given Prince lessons in sartorial elegance, oozing charisma even when banged up."
- Stuart Clark, HotPress
"The Changin' Times of Ike White had  an extraordinary story to tell - but one that, halfway through the documentary, already seemed to be complete. So, you might well have thought at that point, how would it fill the rest of the time? The answer, it transpired, was by taking an even more jaw-dropping turn.
- James Walton, The Spectator
"There are many 'Ike Whites' in this world. Let's give these men a fare, making not the color of his skin his final fate for being behind bars."
- Stevie Wonder, Changin' Times sleeve notes
Cast
Ike White
Lana Gutman
Daniel Vernon
Jerry Goldstein
Greg Errico
Rico Fanning