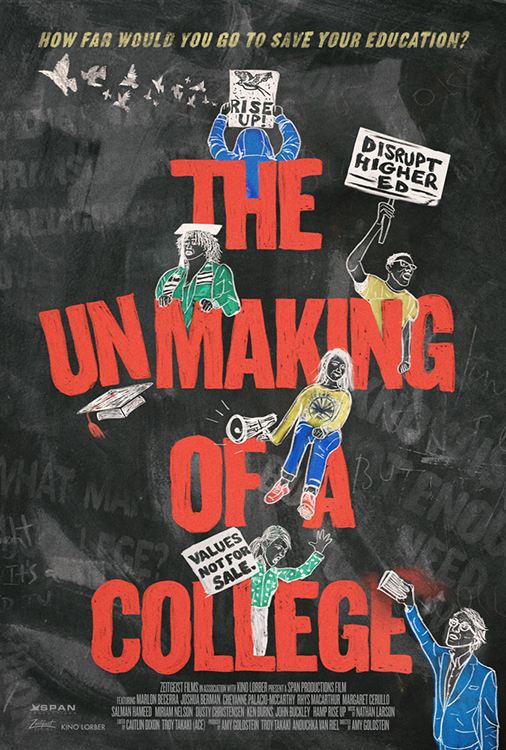 The Unmaking of a College

In The Unmaking of a College, students at Hampshire College in Amherst, Massachusetts confront their new president’s underhanded attempt to shut down the school. In the process, they discover that a powerful institution is bullying their inexperienced administration into giving up the independence of one of the most innovative colleges in the United States. This raucous ode to democracy in action will invoke viewers with the courage required to stand up to power.

“An engaging and inspirational documentary”

“A quick portrait of students ensuring their standing in education, rather than being
treated as dollar signs by the educational climate that is meant to benefit and support
them.”

“This should be mandatory viewing for every single student out there all over the world.”