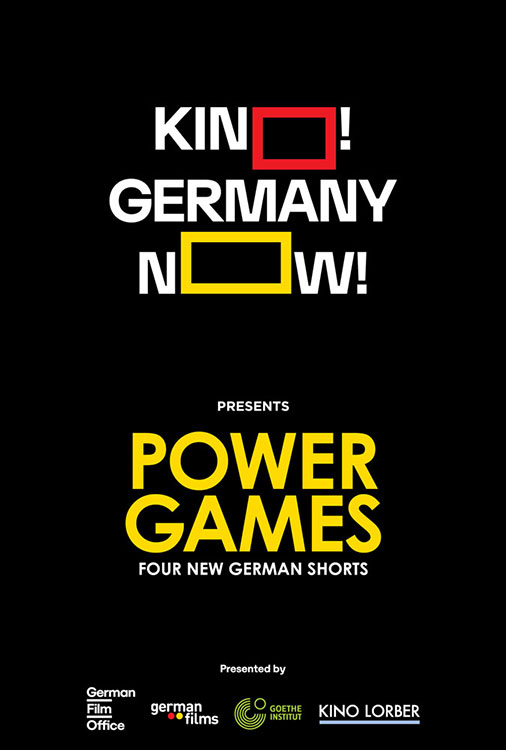 The four current award-winning German short films featured in the compilation POWER GAMES brilliantly touch on worldwide radicalization and extremist tendencies, the apparent problem that history seems destined to repeat itself, and the role power plays even in unexpected situations. Furthermore, the films introduce five upcoming talented directors with diverse backgrounds, each working in their own unique style and format. These emerging artists are a true pleasure to watch!

JUST A GUY
2020, 15 min., English
Director: Shoko Hara
JUST A GUY is an animated documentary short film about love. Three women share glimpses of their affection, attraction, and relationship with Richard Ramirez: a serial killer and rapist they contacted after he was convicted in the 1980s. Through their perspective, we revisit exchanged letters and emotions that are as obsessive as they are hauntingly familiar.

LAND OF GLORY (PANNÓNIA DICSÉRETE)
2020, 27 min., Hungarian with English subtitles.
Director: Borbála Nagy
A school somewhere in Hungary. An ordinary literature class with un-extraordinary, indifferent students. It feels like a normal day, except that the Hungarian Prime Minister is about to visit. The school secretary, the mastermind of the ceremony, tries to keep everything under control, especially the celebratory cake, which doesn’t fit in the fridge. While the cooks struggle to fix the problem, 17-year-old Márti, who is supposed to greet the Prime Minister on stage, hesitantly prepares her little rebellion.

MASEL TOV COCKTAIL
2020, 30 min., German/Russian with English subtitles
Directors: Arkadij Khaet, Mickey Paatzsch
Ingredients: 1 Jew, 12 Germans, 50 ml Culture of Remembrance, 30 ml stereotypes, 2 teaspoons of patriotism, 1 teaspoon of Israel, 1 falafel, 5 Stumbling Stones, a dash of antisemitism.
Directions: Put all ingredients into a film, bring to boil and shake vigorously. Then garnish with Klezmer music.
Consumption: Light before serving. Enjoy at the cinema. 100% kosher.
19-year-old Dimitrij Liebermann punched Tobi in the face. Now he’s supposed to apologize to him. But Dimitrij doesn’t exactly feel sorry. While on his way to meet up with Tobi, he encounters a diverse representation of German society. Again and again, Dimitrij faces one struggle he needs to overcome: his German-Jewish identity. An analysis of the status quo.

TOP DOWN MEMORY
2020, 12 min., German with English subtitles
Director: Daniel Theiler
TOP DOWN MEMORY deals with the manipulation of history in the context of the reconstruction of the Berlin Palace (“Humboldtforum”). Starting from the confusions surrounding an alleged proclamation of a socialist republic from one of its balconies in 1918, the film examines other political events that occurred on balconies. Reenactments of iconic political and cultural events on the original balcony raise questions about authenticity and manipulation. Who is writing our history? How do we deal with our past? How does collective memory work? The balcony is the central motive of the film, representing hierarchies and power politics.