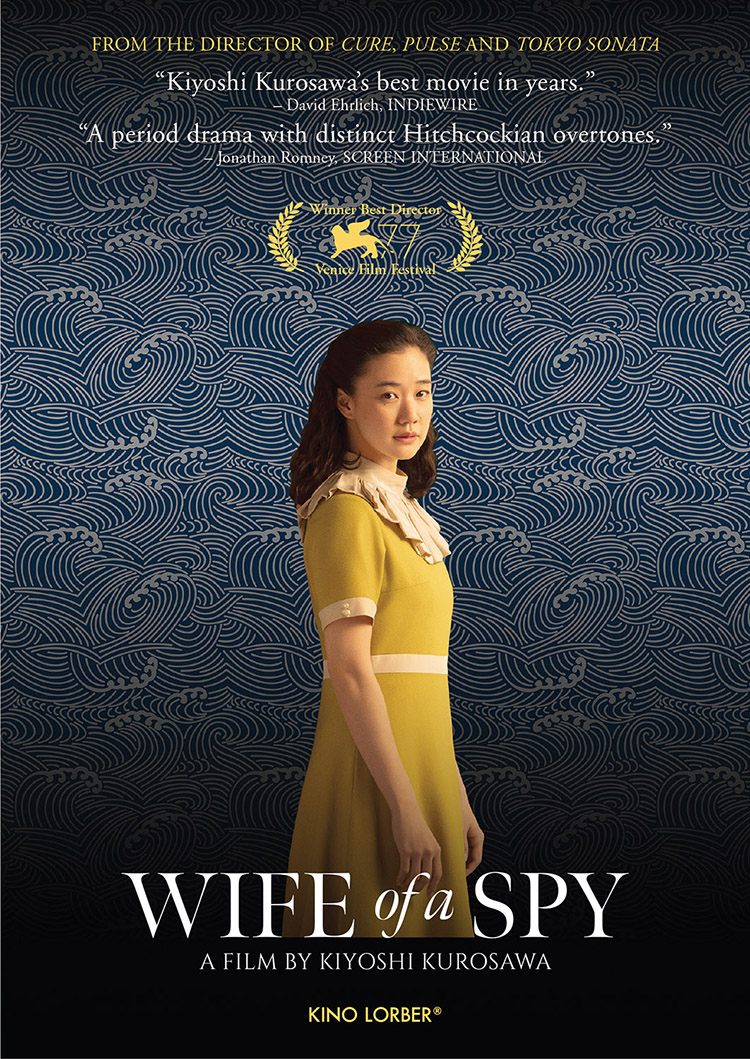 Wife of a Spy

Master filmmaker Kiyoshi Kurosawa (Pulse, Cure, Tokyo Sonata) won the Silver Lion (Best Director) at the Venice Film Festival for this riveting, gorgeously crafted, old-school Hitchockian thriller shot in stunning 8K. The year is 1940 in Kobe, on the eve of the outbreak of World War II. Local merchant and amateur filmmaker Yusaku (Issey Takahashi, Kill Bill) senses that things are headed in an unsettling direction. Following a trip to Manchuria, he becomes determined to bring to light the things he witnessed there, and secretly filmed. Meanwhile, his wife Satoko (Japan Society’s 2021 Honoree Yû Aoi) receives a visit from her childhood friend, now a military policeman. He warns her about Yusaku’s seditious ways and reveals that a woman her husband brought back from his trip has died. Satoko confronts Yusaku, but when she discovers his true intentions, she is torn between loyalty to her husband, the life they have built, and the country they call home.

“Critic’s Pick! Thrum[s] with unusual intensity… Wife of a Spy is something like linear narrative perfection, with every scene perfectly calibrated.”

"Kiyoshi Kurosawa's best movie in years… Another unexpected pivot from a filmmaker who’s never liked putting one foot in front of the other."

“A period drama with distinct Hitchcockian overtones... in the vintage of Suspicion and Notorious.”

“A suspenseful homefront scenario worthy of John le Carré’s storied blend of tradecraft, history and insight into the ramifications of duplicity… with elements of a Hitchcock-style swirl of marital intrigue, entrapment, and escape.”

“An old-fashioned drama replete with big performances and plot twists, double-cross and triple-cross.”

"One of Kurosawa's most purely enjoyable entertainments… powered by Yu Aoi’s bravura performance."

“Preserves the psychological richness of the spy drama… Aoi’s performance is a celebration of the cathartic possibilities of melodrama as she emphatically yells, cries, giggles and yearns.”

“A historical tale of duplicity and misplaced loyalty.”

“Majestic, and with just the right amount of customary foreboding Kurosawa is known for... [a] haltingly lush melodrama of wartime horrors.”

"A work of someone in masterful control of atmosphere... Kurosawa brings viewers into the ghastly secret that binds husband and wife together, one that could end their lives if discovered."