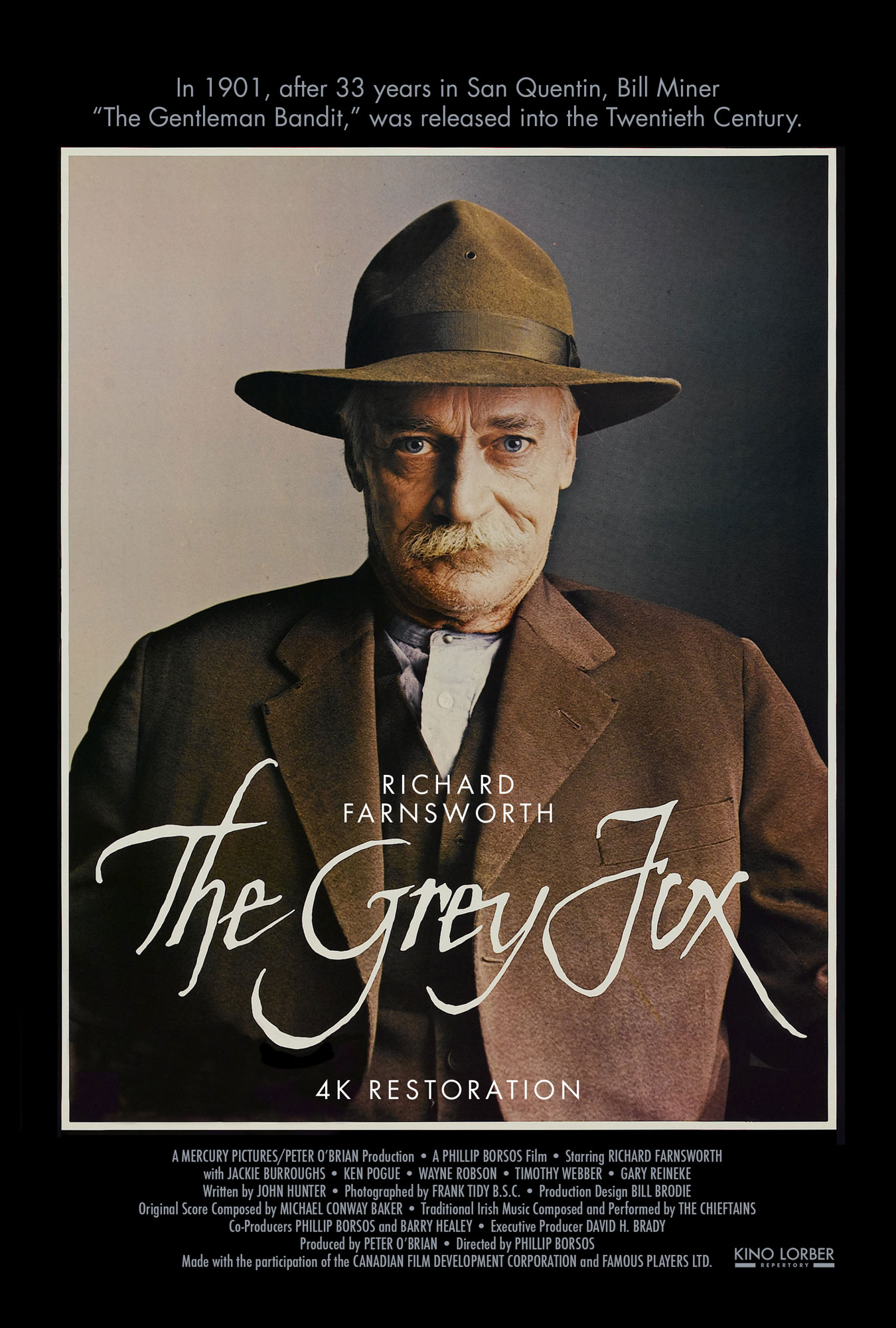 After decades in prison, stagecoach robber Bill Miner (Richard Farnsworth) emerges in 1901 a free man without a place in 20th century society… until he sees The Great Train Robbery and is inspired to once again do what he does best.

"Farnsworth is a superb camera subject, with a lulling sexual presence. Borsos is an inspired image-maker."

"One of the loveliest adventures of the year... director Phillip Borsos is able to make this a human story and still keep it exciting as an action picture."

"The bluest eyes this side of Paul Newman."

"Terrific. Richard Farnsworth is a delight... remarkably appealing with a face the camera adores."

"Farnsworth appears to have been born to play Bill Miner. An exceptionally fine movie."

"Fits beautifully between McCabe and Mrs. Miller and Unforgiven, each of them stories about characters coming to term with changing times. There are even echoes of The Irishman, and the newly-refreshed film is ripe for reconsideration."